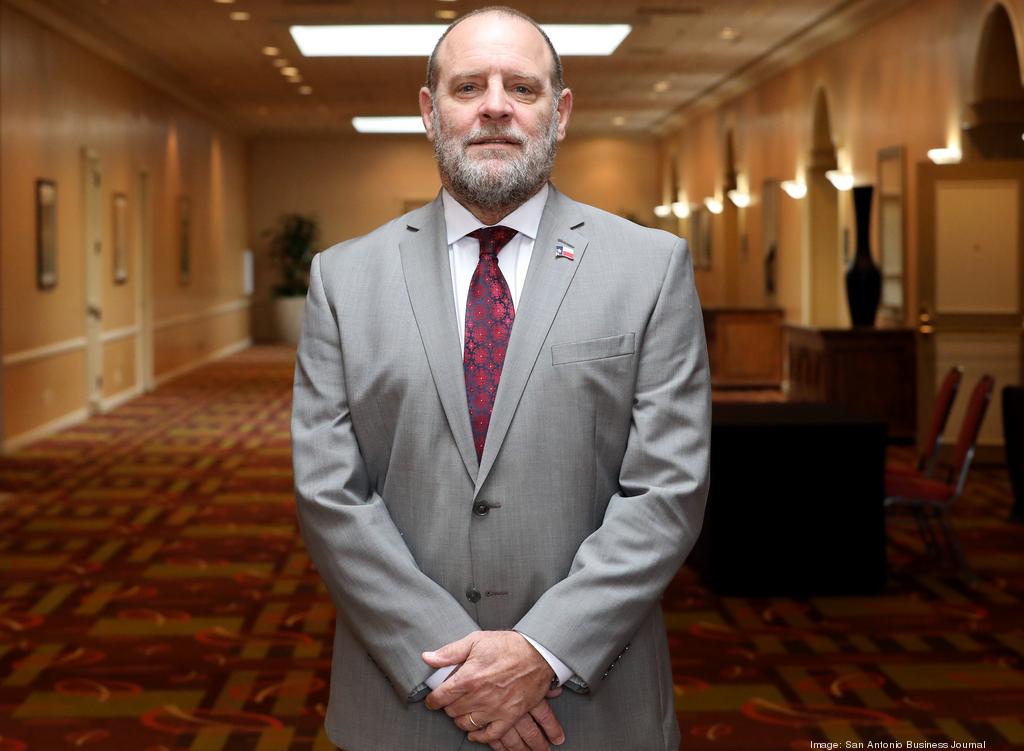 Robert Janssen, CEO of Outsource Brazil and an active investor with Sand Hill Angels, visited San Antonio as part of a strategic partnership with Velocity TX.

Robert Janssen — CEO of OBr (Outsource Brazil) and an active investor with Sand Hill Angels, a Silicon Valley technology investor group — visited San Antonio recently as part of a partnership with Velocity TX, the new arm of the Texas Research and Technology Foundation.

Janssen is parsing through numerous Brazilian tech and bioscience startups for a binational program in which startups will be incubated in Rio de Janeiro and San Antonio, Texas. The first cohort of roughly a dozen startups is expected to arrive in San Antonio in the fall and include some healthcare companies so the organization can produce some “fast wins.

Janssen, who has been building tech companies across international borders for two decades, touts having a mixed heritage as an advantage, saying he was “made in Japan, born in the U.S. and raised in Brazil. … I’m a mutt and have a competitive advantage of not having one cultural bias.”

He suggests the biggest challenge for early-stage startups from emerging countries is bridging the cultural divide because often in their home countries, business networks build on close-knit relationships and are not as open to competition.

“When [startups] come out here to the U.S., they find themselves in a totally different environment. It’s highly competitive, and they have to reset their business mindset,” Janssen told the Business Journal in an exclusive interview. “There are a lot of cultural things that come into the business environment, and people just take it for granted. That’s where we help our clients be able to bridge those cultural gaps and be able to hit the ground running.”

Among notable cultural differences, Brazilians do not consider themselves Hispanic, and there is often a language barrier as Brazil is the only Portuguese-speaking country in South America, while executives in the rest of the Americas mostly speak English and Spanish.

Values and cultural alignments are key yet normally overlooked, Janssen said. Instead, people go straight to the business connection and the value proposition, and he said his organization has benefited from paying attention to those intangibles.

“This is why we have been able to evolve from a cross-border business advisory board to also becoming an international accelerator,” Janssen said. “We’re dealing right now with Turkey and Chile.”

Janssen — who is also vice president of international relations for ASSESPRO Nacional, the largest information technology association in Brazil — sees San Antonio as a “softer landing” for Brazilian startups than Austin.

“Austin is more established. San Antonio is a much better fit,” he said. “We’re in this for the long run.”

The Brazilian tech startup market has evolved in recent years. In 2012, a study by the MIT Sloan School of Management found that 50 firms made investments in 80 tech startups. That same year, there were two funds with $260 million in assets under management for startups in that country. There is a growing middle class in Brazil, and there were an estimated 88 million internet users in that nation several years ago.

The MIT study noted that most exit strategies for tech startups in Brazil involve strategic mergers and acquisitions – not so much for initial public offerings.

Since then, Dealbook, a crowdsourced website that tracks tech startup deals listed 2,167 investments and acquisitions across 1,820 companies and 495 investors in Brazil. In January, a taxi on-demand mobile application — 99 Taxis, which had 100,000 drivers and millions of riders each month — was acquired by DiDi Chuxing, a major Chinese ride-hailing mobile app that rivals Uber Technologies Inc. While financial terms of that deal were not disclosed, sources familiar with it valued the startup at nearly $1 billion and said the Chinese company now holds a “significant majority” for expansion across Latin America. Monashees, a venture capital firm in Sao Paulo, invested in the startup in 2013.

EvoBooks — a mobile and virtual reality learning application for schools, founded in 2011 — was incubated by Outsource Brazil. The startup raised $3 million from investors, including Plataforma Capital Partners in 2013. The startup was being used in 1,800 schools across Brazil as of 2016, the startup told GSV Labs Pioneer Accelerator, a partnership with Google Developers Launchpad, in September 2016.

Flapper, a mobile app that connects luxury travelers with helicopters and private planes on demand in Brazil, raised $250,000 in seed funding in 2016 and another roughly $925,000 — equating to about 3 million Brazilian Real, that country’s currency – in 2017 from Travel Capitalist Ventures.

This website uses cookies to improve your experience while you navigate through the website. Out of these, the cookies that are categorized as necessary are stored on your browser as they are essential for the working of basic functionalities of the website. We also use third-party cookies that help us analyze and understand how you use this website. These cookies will be stored in your browser only with your consent. You also have the option to opt-out of these cookies. But opting out of some of these cookies may affect your browsing experience.
Necessary Sempre ativado